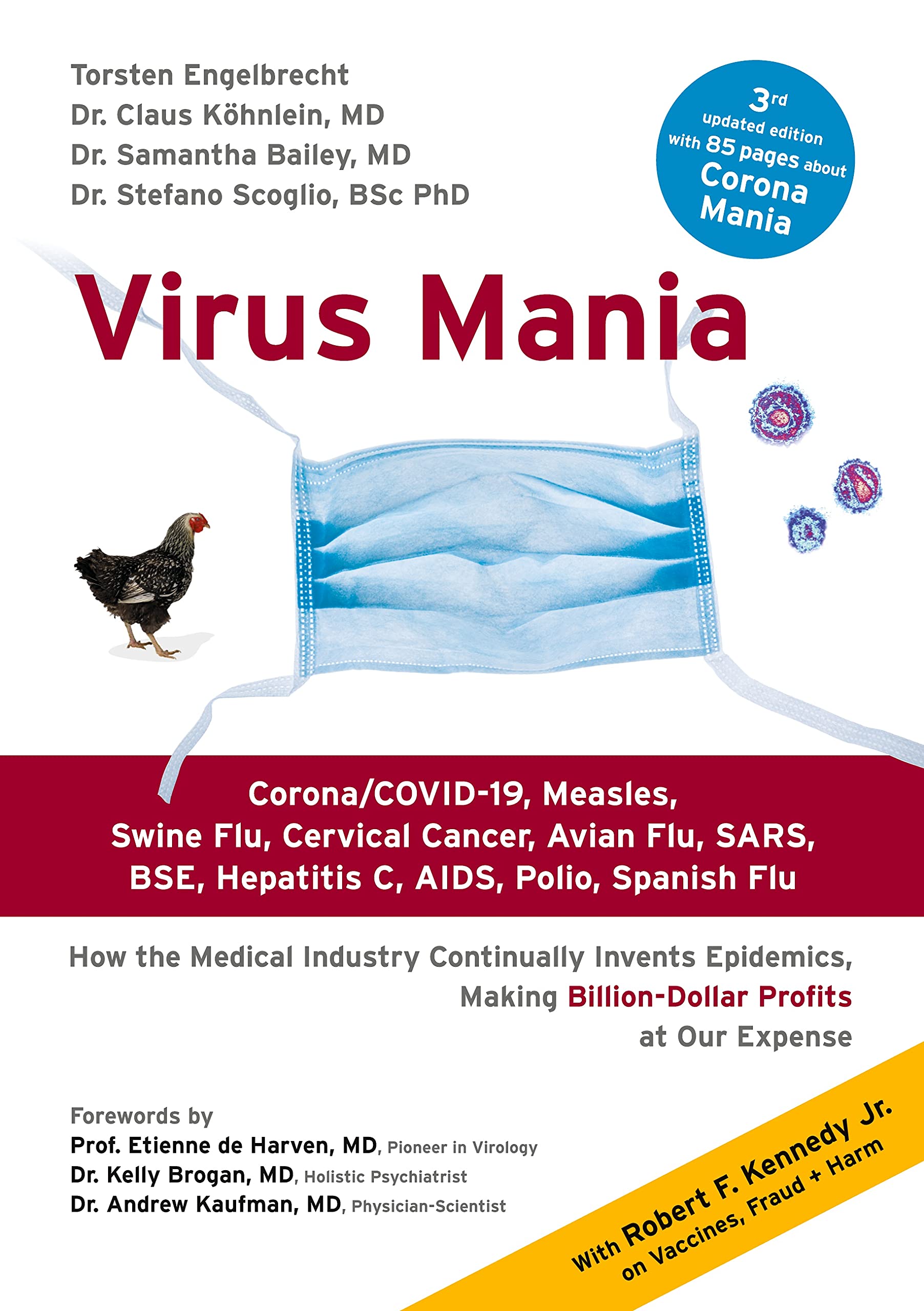 “The book ‘Virus Mania’ has been written with the care of a master-craftsman, courageously evaluating the medical establishment, the corporate elites and the powerful government funding institutions.” Wolfgang Weuffen, MD, Professor of Microbiology and Infectious Epidemiology “The book ‘Virus-Wahn’ can be called the first work in which the errors, frauds and general misinformations being spread by official bodies about doubtful or non-virus infections are completely exposed.” Gordon T. Stewart, MD, professor of public health and former WHO advisor – – – The population is terrified by reports of so-called COVID-19, measles, swine flu, SARS, BSE, AIDS or polio. However, the authors of “Virus Mania,” investigative journalist Torsten Engelbrecht, Dr. Claus Köhnlein, MD, Dr. Samantha Bailey, MD, and Dr. Stefano Scoglio, BSc PhD, show that this fearmongering is unfounded and that virus mayhem ignores basic scientific facts: The existence, the pathogenicity and the deadly effects of these agents have never been proven. The book “Virus Mania” will also outline how modern medicine uses dubious indirect lab tools claiming to prove the existence of viruses such as antibody tests and the polymerase chain reaction (PCR). The alleged viruses may be, in fact, also be seen as particles produced by the cells themselves as a consequence of certain stress factors such as drugs. These particles are then “picked up” by antibody and PCR tests and mistakenly interpreted as epidemic-causing viruses. The authors analyze all real causes of the illnesses named COVID-19, avian flu, AIDS or Spanish flu, among them pharmaceuticals, lifestyle drugs, pesticides, heavy metals, pollution, malnutrition and stress. To substantiate it, the authors cite dozens of highly renowned scientists, among them the Nobel laureates Kary Mullis, Barbara McClintock, Walter Gilbert and Sir Frank Macfarlane Burnet as well as microbiologist and Pulitzer Prize winner René Dubos, and it presents more than 1,400 sol

There are no reviews yet.

Added to wishlistRemoved from wishlist 0
Add to compare

Added to wishlistRemoved from wishlist 0
Add to compare
£5.99